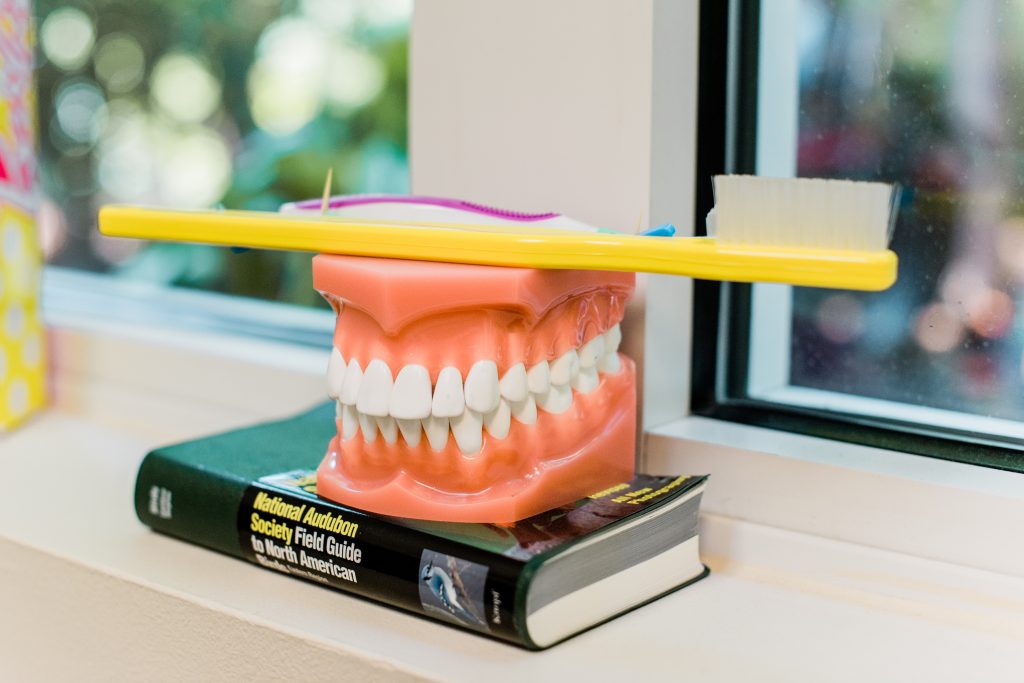 Periodontal disease, or gum disease, is an infection that affects the tissues and bone supporting the teeth. It is caused by the proliferation of bacteria in the mouth, causing your gums to pull away from your teeth and, over time, causing damage to the bones and tissues that support and surround the teeth. Seeking professional periodontal treatment is a crucial step in treating gum disease, but that is only part of the equation. An important factor in maintaining healthy gums and teeth is consistent at-home care, which often presents problems to individuals who are not sure how to effectively maintain an at-home perio care routine.

Fortunately, establishing an effective oral cleaning regimen at home is not difficult with a few simple steps:

Brush your teeth! Seriously, make it a habit to use your toothbrush at least twice a day to remove the bacteria that lives in plaque, the sticky residue that builds up on your teeth after eating. To properly brush your teeth, point your brush up at the gum line at a 45° angle for the upper teeth and move the brush in small circles. After 10 small circles, give the brush a flick toward the tooth. For the lower teeth point the bristles of the brush point down toward the tooth gum junction at 45°. Ten small circular motions then flick toward the tooth. A scrub technique after each meal is a good idea. To brush your tongue, move the bristles of your brush front to back.

Floss. Flossing is so important because it reaches and removes the gunk that gets stuck in between teeth that a toothbrush simply cannot remove. In fact, floss reaches 50% of the tooth that otherwise would remain untouched. It is crucial to remove the debris in between the teeth and gum line, because unremoved plaque will otherwise break down the gum tissues and bone around your teeth. Over time, bacteria will also attack the bone tissue.

To floss effectively, use roughly an arm’s length of floss and carefully wrap it around each middle finger. Pinch the floss between your thumb and index finger, and carefully work it in between your teeth. Wrap it around each tooth, rather than just rubbing the floss in between the teeth. When wrapping the floss around each tooth, think about forming the letter “C” with the floss. Move the floss up and down and back and forth 2-3 times before removing it from the teeth. Be sure to floss all of your teeth, and even the space behind your very back teeth.

Other devices can also enhance your oral care routine, including an “end-tuft brush,” used to brush hard-to-reach areas, a “proxa-brush,” great for cleaning between large teeth spaces and underneath bridges and appliances, and a “perio-aid” instrument, to remove plaque around the gum line. Finally, to check that you’ve successfully and consistently eradicated the bacteria from your mouth, chew up a red “disclosing tablet” and spit out what is left in the sink. This little pill temporarily stains the areas of your mouth where plaque is still lurking, allowing you to remove the lingering bacteria.

At North Raleigh Periodontics, we make your at-home care easy by providing these cleaning tools to you after your first periodontal maintenance appointment. Read more about what to expect at a periodontal maintenance appointment here if you have never had one before. You’ll be provided with your own oral-hygiene kit and subsequent access to free replacements for any of your tools when you run out.