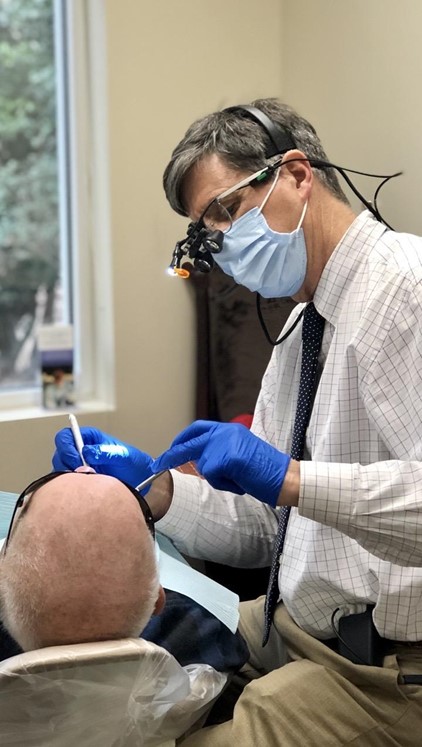 This is why we are excited to begin offering OralID, an exploratory technology that helps us discover cancer in its earliest stages and even uncover precancerous abnormalities before they develop into cancer.

Similar in appearance to a small flashlight, OralID is a non-invasive technique that utilizes fluorescent light to aid in the early detection of oral cancer. The screening takes no longer than two minutes. No dyes or rinses are used. In fact, we do not touch your mouth at all during this procedure. 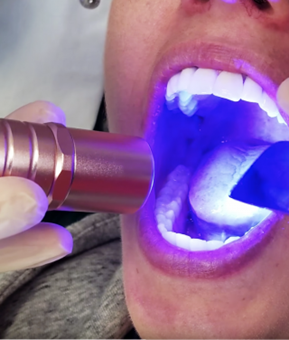 The device emits a blue light that we shine directly into the mouth. When the blue light illuminates healthy oral tissue, the light appears green on the tissue surface. However, when it shines onto abnormal oral mucosa (the moist membrane covering the inside of the mouth), the light appears dark due to lack of fluorescence. Studies reveal that this lack of tissue fluorescence is a strong indicator of precancerous or cancerous tissue.

By using OralId as a screening tool, we are able to detect early on any concerning abnormalities that conventional methods of screening for oral cancer did not reveal till later. Upon discovering any irregularities, we will simply swab that area for testing. Then we can create a treatment plan tailored specifically to your area of concern after test results are returned.

With oral cancer as one of the most common malignancies across the world, early detection is crucial. That is why we are excited to implement OralId, a quick, painless, and effective tool to detect and remedy potential issues sooner rather than later.