When people hear the phrase “periodontal disease,” they envision a vague, sinister monster of an ailment that is next to impossible to treat. However, treatment of periodontal disease is simple. In fact, I subscribe to the K.I.S. principle when treating periodontal disease: Keep It Simple. Gum disease stems from the simple failure to periodically remove plaque from the mouth. Conversely, gum disease is treated by ridding the mouth of plaque. But if it is so simple, how does one go about effectively eradicating disease-causing bacteria? 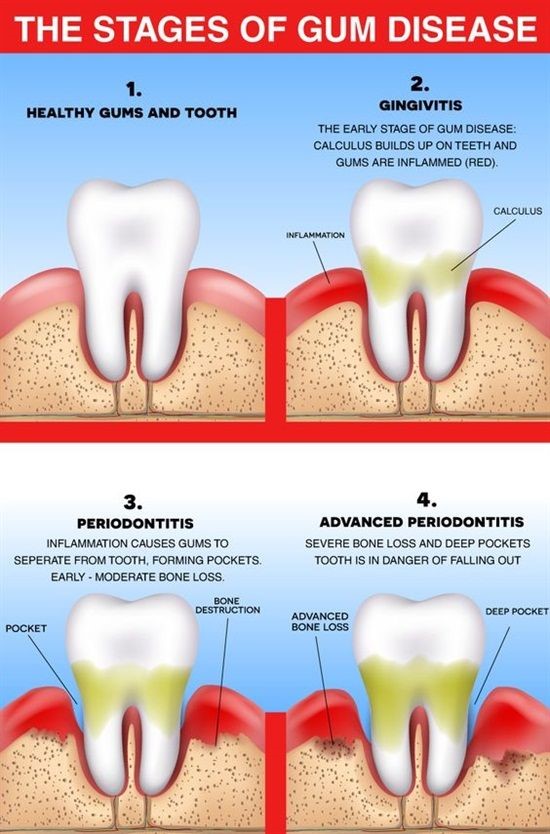 Consistent manipulation of the bacteria located on and in between the teeth disturbs colonies of bacteria that build up over time and is a crucial step to the reversal or prevention of gum disease. Simply put, regularly brush, floss, and use inter-proximal brushes to remove bacteria. Think of the tooth as a mirrored box; you are polishing the five surfaces of that mirror with your various devices. And like the dust and grime that will inevitably build up on surfaces if left untouched, germs constantly accumulate on the teeth if not consistently removed.

There are a few practical steps to follow to achieve the most effective removal of plaque. When brushing the teeth, make sure the bristles of the brush reach the neck of the tooth where bacteria likes to accumulate. The bristles of the brush do not need to be hard and rough. In fact, an ultra-soft brush is the best kind to use, because teeth brushing should be done while the bacteria is still soft and cultivating. It takes 24 hours for the bad guys to grow. If one removes the plaque in that time frame, hard bristles are unnecessary and can damage the delicate gum tissue. However, if the bacteria are given time to accumulate, calcify, and ultimately harden into calculus (tartar), then the bacteria will need to be professionally removed. The professional removal will be discussed later. 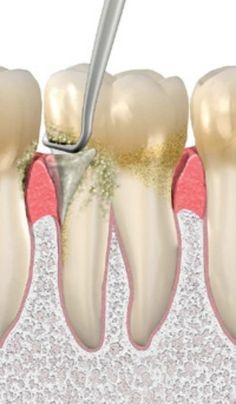 Along with using a toothbrush, the individual should use floss or another form of an oral hygiene device that cleans between and beside the teeth to stave off bacterial growth. Flossing removes debris from the sides and in between the teeth, but the contours of the teeth limit flossing’s efficacy. Teeth are not perfectly round or oval—they have flutes or concavities. Therefore, I highly advise using not only floss but also inter-proximal brushes to reach the concave areas between the teeth.

If bacteria are allowed to build up, they turn into calculus. Calculus is the cell wall of the dead bacteria that absorbs calcium and phosphorous out of saliva. Calculus, unlike live bacteria, is hard and must be scraped off using a metal instrument. When calculus forms, it must be professionally removed through scaling and root planing; I scrape away the calculus both above and below the gum surface with the use of a local anesthetic to remove the calculus deposits. Following scaling and root planning, the patient must then rigorously follow the K.I.S. principle to stave off recurring periodontal problems. 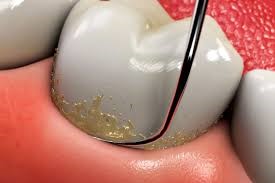 In conclusion, preventing periodontal disease is straightforward when using the K.I.S principle. While periodontal disease involves a host of complications, prevention and treatment is simply the physical removal of intraoral plaque. On the whole, periodontitis stems from the failure to periodically remove plaque from the mouth. Conversely, healthy gums are achieved by consistently eradicating intraoral bacteria through brushing, flossing, and utilizing oral hygiene devices.